Your community. Your call.

Tassie gets behind anti-drug campaign 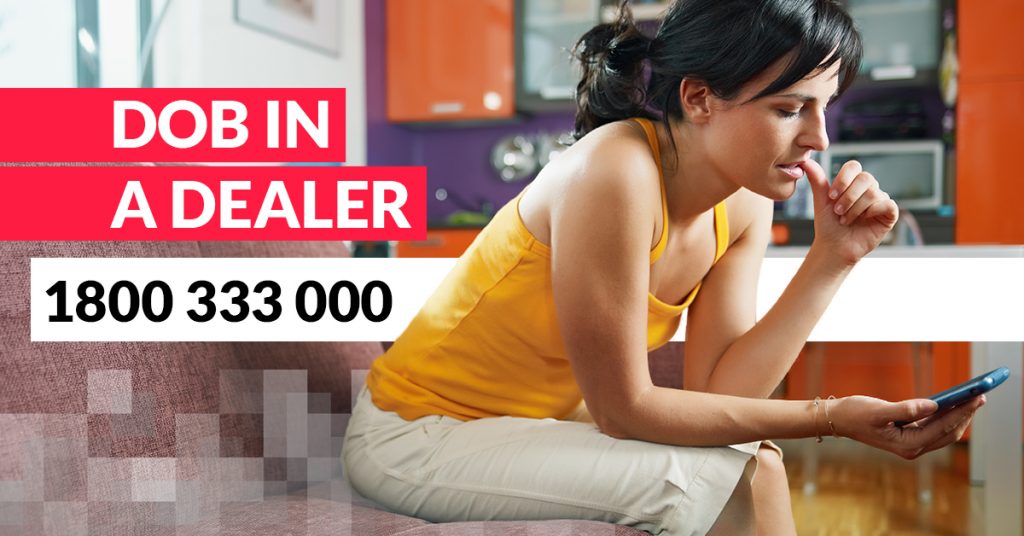 Tasmanians have rallied to make the state safer, thanks to their tip offs to Crime Stoppers with details about illicit drug imports, manufacturing and supply.

ABOUT THE CAMPAIGN
Tasmanian residents are being asked to help Crime Stoppers Tasmania and Tasmania Police to disrupt the manufacture and supply of drugs in the local area by reporting anything they know about drug-dealing offences.

The Dob in a Dealer campaign is a nation-wide program funded by the Federal Government to stop Australia’s supply of illicit drugs such as methylamphetamine (ice), ecstasy and cannabis.

The State launch of this campaign was held in Launceston on 26 November 2018.

The event in North West Tasmania was held on 24 January 2019.

The final event was held in Hobart on 25 February 2019

Your community. Your call.