Tasmanians are increasingly using Crime Stoppers services to give information about crime. the number of reports more than doubled in the last five years to 2019. Crime Stoppers provides a safe way for people to provide information discreetly, remain nameless, and not deal directly with police.

Crime Stoppers Tasmania has also experienced a huge increase in online crime reporting, with now over two thirds of reports submitted through the Crime Stoppers website. 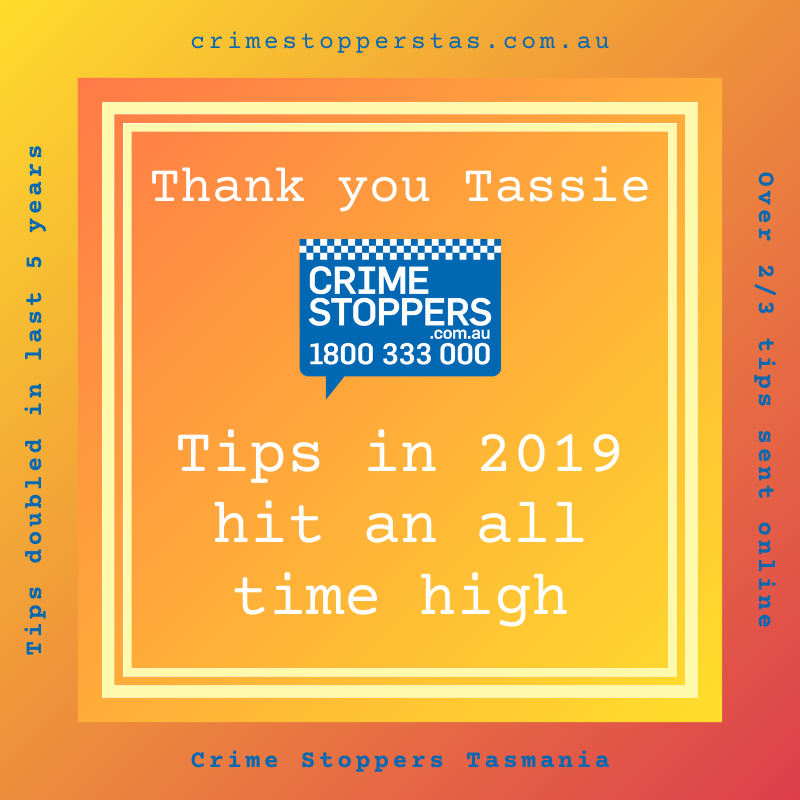 “The statistics tell us that our range of campaigns on crime is relevant to the community, and there is a growing awareness of Crime Stoppers as a confidential and anonymous reporting system for crime,” said Mr David Daniels OAM Chair of Crime Stoppers Tasmania.

“Most tips relate to drugs, but other serious criminal offences such as wanted persons, fire arms, murder, theft, sex offences, and even road offences are also reported,” added Mr Daniels.

2019 marked the 25th year of operations in Tasmania, delivering many community campaigns, including the most successful annual Crime Stoppers Week to date. In 2019, reports to Crime Stoppers provided key information for many police investigations.

Crime Stoppers has been working hard to increase public awareness of its 100% private community service as an alternative option to report information on crime and criminals without revealing their identity.

“There is also an increasing understanding that the community can itself play an effective role in keeping Tasmania safe.  Increasingly, criminals don’t have friends in Tasmania,” said Mr Daniels.

Anyone with information relating to crime in their community can contact Crime Stoppers anonymously at crimestopperstas.com.au or 1800 333 000.